Just like the WH-Question Words in English, the Brazilian Portuguese language has 7 helpful words to ask for the exact information you want to receive. Each word has its own corresponding version in English. Let’s check out which words are those and how to use them.

As already mentioned, there are 7 main words to help you ask questions in Brazilian Portuguese, but unlike the WH Question Words in English, they do not have a common feature. Because of that, you will have to memorize these words, knowing their translations, but we swear it is easy! Check it out:

How to use the words – with examples

To help you better understand the meaning and the usage of these 7 words, we prepared some phrase examples.

Where is the bathroom?

Why did you leave?

What are you doing tomorrow?

When is your birthday?

How do I get there?

By reading the phrase examples on the usage of the 7 helpful words, notice that por que and o que can be written in different ways. When you use the word por que to ask (why), you have to write it separately: por que, and when you use it to answer a question (because) you have to write porque. Also, if you write it at the end of the sentence, you have to use the circumflex accent: por quê (to ask) and porquê (to answer). See the scheme below.

Por que (to introduce a question); for example:

Por que você vai embora tão cedo? (Why are you leaving so early?)

Porque (to answer a question or explain a situation indicating its cause); for example:

Porque eu tenho que acordar cedo amanhã. (Because I have to wake up early tomorrow.)

Por quê (to ask a question at the end of a sentence); for example:

Porquê (to indicate a cause or reason using it as a noun); for example:

Todos foram embora e ninguém me disse o porquê. (Everyone left and nobody told me why.)

*Porquê is a masculine noun and can be changed according to the number of the word in each sentence/situation (o porquê, os porquês).

The difference between o que and o quê follows the same sequence, o que being used in the beginning or in the middle of the sentence, and o quê being used at the of a sentence.

For that, it is important to tell you that the 7 helpful words are not always used only to ask questions, but they can be used as nouns or even pronouns.

And how do I learn these words? I’m glad you asked! To practice these words and get a better understanding of Brazilian Portuguese, try making example phrases yourself and look for content like movies and YouTube videos that are likely to have those words in the dialogues! If you’d like, leave in the comments your examples phrases so we can help you out! Also, as a recommendation, watch General Audiences movies, such as Minions 2 in Portuguese, even if you still need subtitles in your native language, so you can practice your comprehension in Portuguese, and even recognize the words and phrases you already know! 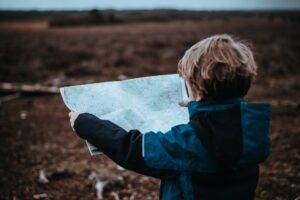 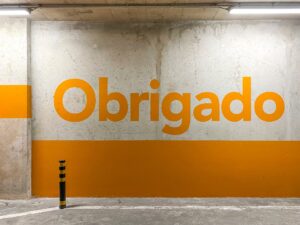